posted by Navigators on March 9th, 2017 in Discipleship | Evangelism

Matt’s life had been going pretty well. In his late 20s, he was a successful tradie and had a nice girlfriend and loving parents. Suddenly, one night, he found himself in jail charged with a serious violent crime, the result of a drunken fight he’d had. Soon convicted, life was no longer going well. Matt became quite depressed. That’s when I met him.

A few years ago I started a new job supervising a workshop in a prison. We produce relatively simple but high quality products, and it’s my job to train the inmates and get production quotas out the door on time and to the required standard. My boss, a follower of Jesus, says he requires two things from me: quality production; and to have a positive impact on the lives of the inmates.

Whenever a new inmate comes to the workshop, I give them a quick brief on work procedures, safety, quality etc., and I also let them know who I am. ‘ The final thing you need to know about the workshop is about me personally. I say that I follow Jesus, so you can always expect me to treat you with the highest level of respect and honesty. If you ever think I’m not living up to it, feel free to come and talk to me.’*(I got this line off my good mate, Grant Dibden!) This lets them know that I’m Christian, and puts the responsibility on me to live up to following Jesus. Most men initially treat this with cynicism. One, Pete, responded “I don’t believe in God and Jesus and all that *@#$%&*’.

I say that I follow Jesus, so you can always expect me to treat you with the highest level of respect and honesty.

Despite this, Pete and I got on quite well and worked closely together for several months before he was sent to another prison. Sometime later I got a letter from Pete, asking me to say hi to one of his fellow inmates who was facing a difficult time and to tell him that Pete was ‘praying to Jesus for him’.

So, when I met Matt, I listened. A lot of my time at work is spent listening to men. It’s a busy workshop, but I am intentional about spending 20-30 minutes working beside at least one guy each day, so we can talk a bit. Usually there’s a lot of complaining and often bluster, but under it there are real men who are struggling with life. I try to really understand where they’re at and what concerns they have, so I can pray for them in an informed way. I usually offer to pray for them, and sometimes get to pray with them.

I soon found out Matt was really depressed. Medication helped, but he had no hope and felt that life was out of his control. He listened as I explained that I also felt that life was out of my control (I’ve faced several major upsets in my life in recent years). But I explained I had found Someone who was in control, and that the more I looked at Him, the more I felt I could really trust Jesus. I told him a few relevant stories about Jesus.

Matt is not a reader, but he does enjoy comic books. He managed to get hold of a comic book style gospel (Manga Messiah!), which was easier to read. But just as I felt Matt was getting close to really trusting Jesus, he was shifted to another prison.

Whenever a guy leaves the workshop, I work to keep in contact with them. Despite this, the fact is that once guys leave the workshop I only ever hear back from about 5% of them. I try to follow these men up in whatever way I can.  It’s hard when I lose contact and have had to learn, and keep learning, to trust God with them. I try to pray for the guys every day, and I also keep a list of former workers to pray over. May God use me in some small way to bless these men.

So, when Matt left, I wrote to him. After a long time and no reply, I figured he was in God’s hands and, while I kept praying for him, tried to ‘let go’. Then I got a letter from him. Matt had kept looking at the comic book gospel, had met some other Christians and had decided that ‘the big man upstairs’ was real and was his only hope in life. Of course I was stoked, and wrote back.

It’s not just me. Great Christian friends and acquaintances have visited inmates, and God brings Christians into the lives of inmates in all sorts of ways. In the end, it’s God’s work and all He asks of me is to live for Him and love my neighbor at the workbench.

All the men watch how I work and relate to them to see if following Jesus really is worthwhile.

*Names and images have been changed to protect identities.* 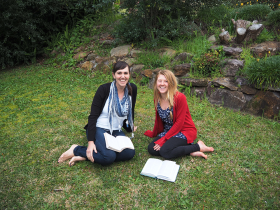 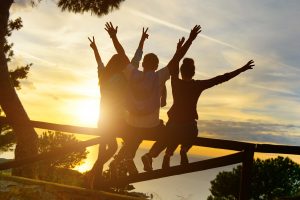 Thank you for your impact on generations!

How is Navigators supported?