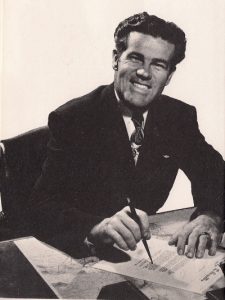 The Navigators ministry began in the 1930s, when a young California lumberyard worker caught a vision. After seeing the benefits of basic discipleship principles in his own life, Dawson Trotman wanted to teach them to others, echoing the call of 2 Timothy 2:2: “And the things you have heard me say in the presence of many witnesses entrust to reliable men who will also be qualified to teach others.”

In 1931 God led Dawson to undertake six weeks of early morning prayer to ask for people to become labourers for Christ all around the world.

In 1933, Dawson and his friends began to work with sailors in the US Navy. There, Dawson taught sailor Les Spencer the foundations of Christian growth. They spent many hours together praying, studying the Bible, and memorizing Scripture. When one of Spencer’s shipmates asked him the secret of his changed life, Spencer brought the man to Trotman: “Teach him what you taught me,” he said.

“You teach him!” Trotman responded. And the 2 Timothy 2:2 vision was strengthened.

Spencer did teach the sailor, and soon the two men were meeting with others. Eventually, 125 men on their ship, the USS West Virginia, were growing in Christ and actively sharing their faith. By the end of World War II, thousands of men on ships and bases around the world were learning the principles of spiritual multiplication by the person-to-person teaching of God’s word. 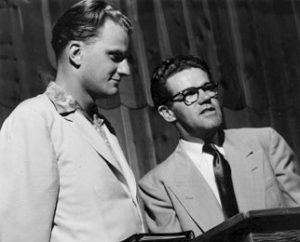 Billy Graham pleaded with Dawson to help him follow up on the thousands that were committing their lives to Christ through his crusades. Dawson assigned key men to help Graham develop materials and train workers and they formed a close friendship. After the first Billy Graham Crusade in Australia in 1959 an agency in Tasmania began distributing Navigator scripture memory and bible study materials. Then around 1960 Bob Glockner, an American Navigator who was preparing for another Graham crusade in Australia prayed and looked for a faithful man in whom he could entrust the gospel and the ministry of discipling others. That man was actually a couple, Jack and May Griffin who had come to know Jesus in their late forties in the earlier Graham crusade. 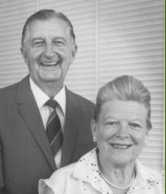 They had served in local churches but now God gave Jack, another ordinary guy who left school aged 15, two pastors and two PhD students to disciple and train. From the late sixties through the eighties, first hundreds and then over a thousand came to believe in Christ at Universities, military institutions, through churches and in community groups in eastern Australia. While others came to help from overseas the Australian Navigators became strong in sending with 28 people being sent out with the Navigators and about as many becoming pastors and missionaries. God energized the work among international students with many hundreds returning to Asia not only with a degree but also with a newfound faith and vision of helping people become followers of Christ. Programs and seminars in churches helped people in practical discipleship and how to help others, in some cases many churches experiencing the benefit. 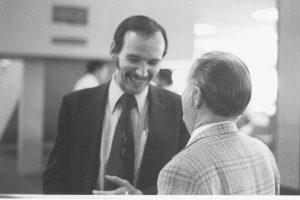 This growth was not without its struggles; mistakes were made which took their toll. Some wanted to go in different directions and headed off. But God in His grace has rejuvenated the work with student ministries blossoming in Sydney, Canberra and Melbourne, and budding in Brisbane. The Military network continues to grow and the opportunity among international students is as open as ever.

God hasn’t stopped being a creator and God is doing new things among us. The passion to know Christ and make him Known remains and this energises our calling to see the gospel advance into the nations through generations of labourers living and discipling among the lost.

Around the world today, the Navigators minister not only in the military and with college students, but with businessmen and women in every line of work, among homemakers, ethnic groups and international students, among Muslims, Hindus, tribal religions, Shinto’s and secularists in over 110 countries in more than 165 languages and with over 5000 staff.