posted by Navigators on June 21st, 2022 in Resilience | Spiritual Transformation

We can see relational conflict all around the world and throughout history. These conflicts have resulted in wars. We see this in the news today. These wars take place on a much larger scale, but I think I can say all of us have experienced relational conflict on a smaller scale. Sometimes that conflict is internal, battling our personal demons to relate to ourselves, others and God. Sometimes it is external and quite apparent that it’s with another person. The impact of the gospel gives us the ability to be relationally resilient and helps avoid small scale wars internally and externally.

The ability to be resilient is part of God’s design in every person whether or not they are a believer. A good definition of resilience is “the ability to endure, and spring back with hope and optimism from a difficult situation over which we have little or no control.”

Looking in the New Testament to the life of Paul we can see encouragement to be confident, to endure and stand up under hardship, and to be bold and to trust. In my article in the Winter 2022 issue of Compass, I laid out how the gospel of Jesus and the sufferings Paul faced were done through the Lord’s strength and the means to learning how to endure and spring back with hope. I would like us to consider further how the gospel helps us be resilient in relationships.

As we look again at Acts 9, we see prior to Paul’s encounter with Jesus he was “still breathing threats and murder against the disciples of the Lord…” He was on the road to Damascus with letters to the synagogues “so that if he found any belonging to the Way, men or women, he might bring them bound to Jerusalem.” (Acts 9:1-2). We know that after his sight was restored and he was filled with the Holy Spirit, Paul began to preach in the synagogues that Jesus was the Son of God.

On the road Paul asked, “Who are you, Lord?” Jesus replied, “I am Jesus, whom you are persecuting.” (Acts 9:5) Paul was involved in a war against believers. He was determined to put a stop to the Way. But he was confronted by the One he waged war against.

I suspect that after meeting Jesus he went to the very depths of owning his shame, guilt, regret, and with humility repented of the atrocities he had committed against believers, and his rebellion against God. It would have been here that he experienced profound repentance of his sin, and received forgiveness and grace from Jesus.

After such an encounter, I could only imagine his humble opening words as he began to preach the gospel to people who knew his Pharisee reputation, “I was wrong!” God’s love, poured out into his heart by the Holy Spirit, enabled him to go out and preach the gospel far and wide.

“We also rejoice in our sufferings, because we know that suffering produces perseverance; perseverance, character; and character, hope. And hope does not disappoint us, because God has poured out his love into our hearts by the Holy Spirit, whom he has given us.” Romans 5:3-5

How about us? Do we let ourselves feel the pain of our wrongdoing as Paul would have, without rationalising it, instead repenting of it? Only then can we receive forgiveness and grace and can experience Romans 5:3-5. We, too, can stand with humility, strength and confidence in front of a spouse or friend we have offended and say something like, “I am so sorry I got angry with you and caused you to feel rejected. That was to make me feel good and I was wrong. Will you forgive me?” To stand, endure, and spring back with hope and optimism from difficult situations over which we have little or no control, and not run away. This is resilience. 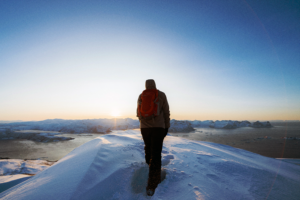 Resilience in the Gospel 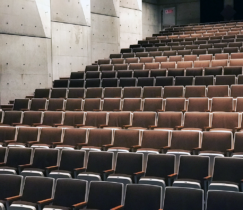