posted by Navigators on March 9th, 2021 in Spiritual Transformation

Living as a labourer, bringing others along as we pursue knowing Christ, takes perseverance that stems from convictions on God’s character. When I first met Skye in 2011, she was a hard-working, soccer-playing, leopard print-loving student with no convictions on who God was, let alone the perseverance of a labourer.

I remember her passive disinterestedness when she came to our ANU Market Day stall. She put her info down because it was easier than giving me a direct “no”. And later she came to Bible study because she was too nice to tell me that she really did not want to. She was a kind, responsible student who disliked letting people down, who would rather do nearly anything than upset others, and she was not interested in coming to any uncomfortable conclusions in Bible study.

Yet, as we worked our way through “John” that semester, God intervened. Skye gave her life to Him and I saw a new creation emerging. Frequently, the old resurfaced as we looked at how to get to know God better. We spoke of prayer, “You mean out loud?!” I remember Skye saying, “–Here?!” It was not too overt where we were but still the thought of others’ perceptions was a major influencer.

When we spoke about sharing our faith I remember Skye coming to me with, “Hey, did you know they sell t-shirts with Christian sayings on them? You can share your faith but don’t actually need to say anything!” There was a bit of humor there but it pointed to an underlying reticence to persevere, when sharing her faith with others might be confronting. 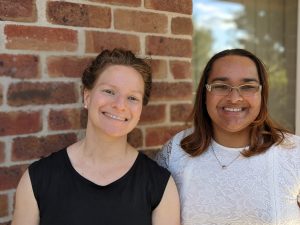 Lindsey and Skye in January this year.

However, as God called her to a deeper understanding of Himself, I saw a change, a definite switch. Not in her personality, or her preferences, but her perseverance. As she went through uni and Christ asked her to take a different path than those around her, she did. When she failed, she continued in faith that what He had given her was true. Skye increasingly encountered decisions in which following Him meant facing her fears. Marriage, work, family, money and more were all presented in a way that asked Skye to choose her comfort or her obedience but, because He is true, Skye has persevered.

This year makes 10 since Skye and I started meeting and for several of them now I have been struck by the mark of perseverance in her. As I watch her juggle relationships, being a wife and mother, work, Navs, health issues and life’s trials I see the same kind, responsible and others-centred person, but now with a perseverance that overcomes fears rooted in the God who calls us both to labour together. An Everyday Labourer For God’s Kingdom 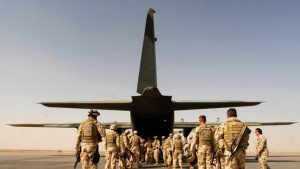