The Lord continues to do great things in people’s lives. Neither a pandemic, strict lockdowns, fires or other catastrophes have stopped our labourers from labouring in various circumstances despite the variables that were thrown at us this year.

Precious young students in Melbourne and Sydney meeting and giving their lives to Christ. Military trainees in Canberra being introduced to Jesus for the first time. Individuals and communities in and around Brisbane feeling the impact of the gospel. These are just some of the stories of God’s mercy and saving grace during a year of harvesting that challenged, stretched and inspired us…

Andrew and Sharon are from our Melbourne City Labouring Community. Sharon shared theses two stories with us.

Recently, at one of our usual weekly Genesis Bible study with the Chinese, *Kristal (a prebeliever who was seeking the truth for about 2 years) announced that she is a Christian! I was so thrilled to hear that. Since she was faithfully attending our weekly studies, I had shared the gospel with her twice but on both occasions, she had said that she was still searching and needed more time. But over the last 2 weeks, she saw God—in her own words—”do a miracle”. She then decided that God is real and wanted to believe. On Wednesday, 4th Nov, she said the sinner’s prayer led by another teacher whose class she was also attending.

What a joy! *Kristal is definitely one lady whom I have been praying for in so many months during my morning walks. Praise the Lord for her salvation. Thank you to those who have prayed for her.

Another girl, *Viola, also has been attending our Saturday Zoom Bible study sessions for a number of times since we started in the earlier part of the year. A few months later, I felt led by the Spirit to call her for a private catch-up and to share the gospel with her since I sensed through her weekly sharing that she was very open and ready. Then I left her with the sinner’s prayer to consider and to pray through whenever she felt ready. That night, on 17th August, she said that prayer to receive Jesus into her life. Praise God for her salvation! I consider her our first “Zoom baby”!

*names have been changed for the purpose of protecting the identities of those who have recently decided to follow Jesus, where it would put their lives at greater risk.

This is the story we shared in our last appeal letter, with permission from Josh and William (Sydney):

“I believe that Jesus is who he claims to be.” These were the words I heard from William, with whom I have had the opportunity to read the Gospel of John this year. It was a HUGE joy to see him profess his faith in Jesus a couple of weeks ago.

As we read John 14 together, and talked about verse six, I could see the Spirit of God at work in his heart.

“Jesus answered, “I am the way and the truth and life. No one comes to the Father except through me.”  John 14:6

We discussed how there were only three options to respond to this verse. (1) Jesus is crazy and was confused about his identity, (2) Jesus was a deceiver and should be rejected as a liar, or (3) Jesus is who he says he is and should be worshiped as Lord.

The following week when we met together, William said that he believes that Jesus is Lord and wants to follow him! Rejoice with me that the Kingdom of God is advancing into the lives of friends and students in Australia.

Doug and Geneve have been involved with the Navigators for a number of decades. They have faithfully continued their labouring within the Melbourne community:

Last December, Geneve hosted an afternoon for women on ‘Inner Beauty’, and an engineer from Thailand brought his wife and daughter.

‘We can’t stay here; this is secret women’s business,’ Doug and Bruce said to Poe, so the men went out for coffee. There each of them shared who they were, and for Bruce and Doug that meant sharing their Jesus stories.

Poe talked of his Buddhist background but expressed interest in finding out about Christianity, as his wife had gone to a Chinese Christian church in Bangkok. Doug and Poe then met weekly at Southern Cross Railway Station and looked at what Jesus’ best mate, John, had to say. They also saw what Siddhartha (Buddha) said was the cause of suffering in the world; (our ‘gum’ — evil, sin and personal greed). Buddha searched for a way out and believed the way to escape from endless cycles of karma was ‘mak’: which led to 227 laws for men and 311 for women.

After looking at Jesus’ way, Poe decided to take the forgiveness of sin Jesus offered and the gift of eternal life and become a member of God’s forever family. He has been an avid follower of Jesus since then and wants to share his faith with his family and friends.

We have other stories where we cannot divulge details (names and exact places) due to opposition to the gospel in those areas of ministry. However, no matter the obstacle, the Good News of Jesus continues to move and change people’s lives:

Young students and individuals in northern Queensland have come to the Lord due to our associates’ ministries in those areas.

Also in Queensland, Sonny has repented and accepted Christ after reading the Gospel of John with another one of our associates in the area. He continues to be followed up to encourage him in his fresh relationship with Christ.

We absolutely love hearing these stories and we hope you do too! 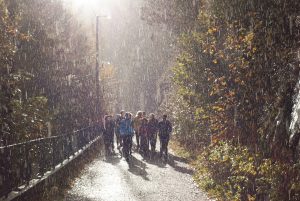 The Harvest is Plenty 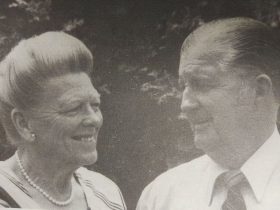