Home » Latest » How to break the binding cable of habit

How to break the binding cable of habit

The cold in Japan anywhere in December penetrates your bones, but this was northern Japan and I could feel it even through my long underwear. The Japaneses with the ancient wisdom of Northeast Asia build with a maximum exposure of the house to the south or sunnyside. My Japaneses Christian brother and I sat facing each other on the floor of his apartment with our legs and laps tucked under a low table called a kotatsu with an electric bulb burning underneath for warmth.

The blanket over the table kept in the heat and the welcome sun steaming in through the window served as a unique central heating system. The warm fellowship over a cup of hot green tea made us both forget the severe winter. As we caught up on the latest news a sombre look came over his young face and I could tell that he wanted to share something from his inner heart. We’ll call him Sato San.

Sato was very aware of the process that was going on in his life over a several year period as God recruited and called him to his service. As he carefully, deliberately peeled a small mandarin orange, he g\began to share his struggle. His problem would not make sensational news headlines. Rather, it was discouragement over a certain lethargy in his life that had set in making him ineffective in his spirirtual growth.

Daily he seemed to put off until the last moment his prayer time with God. Everything else came first. Then when he went to pray, neither the time nor the will was there. His was the sin of omission. He had trained himself in the habit of negligence. On the occasions when he was able to pray, his conscience nagged him over the feeling of both inconsistency and of a lack of power and emotional feeling.

As I carefully listened, filling the small ta\ea cup from time to time, struggling over certain expressions in Japanese that were unfamiliar, I preayed for the wisdon that comes from above in order to be able to give him practical ideas on how to overcome the habit that gripped him. As I thought about habit, a saying came to mind by H. Mann:

“Habit is is a cable; we weave a thread of it every day, and at last we cannot break it.”

As Sato and I talked, shared the Word of God and prayed for victory in his life in order to break the strong cords of negligence, I was impresses that whether Japanese, Australiam American or Indonesian, that habit, “the shirt made of iron”, subtly grips us and can only be overcome by the power of God, not the resolutions of men.

“I never knew a man to overcome a bad habit gradually.”

Here are six helps on cutting the cable of habit, whether it be of omission or commission, or whether it be sensational or quiet enslavement:

1. Write your habitual need or sin down on paper.

Be as specific as possible. The very act of doing this reveals that you desire to deal with the cable that binds you. This is a form of confession and God says in his Word that, “he that covers his sins shall not prosper, but whosoever confesses and forsakes them shall have mercy.” (Prov. 28:13)

2. Apply Scripture to your specific habitual need or sin.

Find verses that specifically fit your stated problem. Mark them, date them in the margin and memorize them. To every specific need of our lives there is specific, appropriate Scripture.

3. Confess your habit publicly, if at all possible.

This is a form of self-judgment and God’s Word says: “if we would judge ourselves, we should not be judged.” (1 Cor. 11:31) Gory details may not be necessary, but the public confession can be an important step of helping the commitment to become fixed.

The exception is the small thread that we weave daily and forms the cable of habit that cannot be broken. Satan is a master at talking us into the exceptions … “just one bit will open your eyes!” was his suggestion to Eve.

The decision must be made once, for as John R. Mott has pointed out, victory can happen overnight after one agonizing prayer, but usually there follows a prolonged struggle with some stumbles and tumbles on the road to victory. But God is faithful and Jesus Christ is the one who possesses all power just as he did in the gospels by his mighty works. He said, “all power is given unto me, in heaven and in earth.” (Matt. 28:18)

6. Receive godly counsel and pray with a friend.

“If two of you shall agree together as touching anything that they shall ask, it shall be done for them of my Father which is in heaven.” (Matt 18:19) You just might be able to take off “your shirt made of iron” by yourself, but chances are you will need a friend to help pull it off for you. Be sure it is someone who won’t tell you just what your flesh wants to hear, but will give you godly, objective counsel and prayer.

Sato made his decision to cut the cable of the habit of negligence. His cable-cutter included most of the above six refined-steel blades.

Bob Boardman served with The Navigators for several decades, 33 of those years in Japan. He went to be with the Lord in 2009. Find out more about him here. 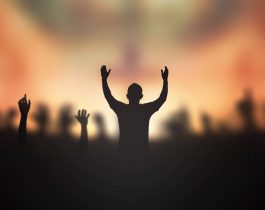 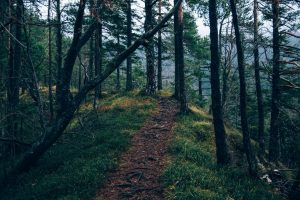