posted by Navigators on April 6th, 2022 in Generations | Missions

Ruth and John Ridgway were lifelong labourers for the Kingdom. In December 2021 and February 2022, respectively, they both went to be with their heavenly King. The Navigators (International) have posted tributes/articles about Ruth and John and their decades-long service for the sake of Christ. They have left a huge impact in many people’s lives and a strong legacy that continues to transform the generations. 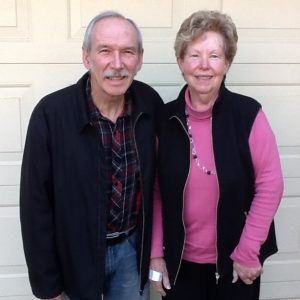 Ruth Hartman Ridgway, on staff with The Navigators since 1970, joined her heavenly King on December 8, 2021, following a five-year struggle with heart disease.

During the early 1970s, Ruth Hartman worked first as an executive assistant to Overseas Director George Sanchez, then for President Lorne Sanny and Personnel Director Walt Henrichsen. By 1974, she became an executive assistant to Southeast Asia leaders Warren and Ruth Myers, setting up the regional office in Singapore and recruiting local staff to work in the office.

Longtime Australian Navigator, author, and scientist Dr. John Ridgway went to be with Jesus on February 22, 2022.

Born in 1946 in Milvale, New South Wales, John grew up attending the Anglican church with his family. At age 13, he attended a Billy Graham crusade in Sydney and accepted Christ as his personal savior. John Ridgway – The Influence of One Man