Home » Latest » Searchers not far from God at all

Searchers not far from God at all

posted by Navigators on October 2nd, 2018 in Evangelism | Gospel

Are Australians harder to reach now with the gospel than previously? Certainly it is taking longer to see people come to Christ, and the means of outreach effectively used in the past, such as crusades, missions, surveys or apologetics, no longer touch the secularised majority. People seem farther away than ever. But are they?

While it is true to say that people are distant from God, we must not forget that God is near to them. Paul said of God to the Athenians that ‘he is not far from each one of us’ (Acts 17:27). Jesus pointed out to his generation that ‘the kingdom of God is near’ (Mark 1:15). Paul said that God’s ministry to the Gentiles was such that they had been ‘brought near through the blood of Christ’ (Ephesians 2:13). Many of us look back and see how God was active in our lives long before we knew him.

So do we think God is near to our ‘lost’ friends, or a long way off? The Good Shepherd describes Himself as the one who leaves the ninety-nine to seek and save the sheep that is lost. Is this nearness of God part of our good news, or is our emphasis on separation?

People are aware of their sin. They don’t realise how bad it is, but they know they are not right with God. The Holy Spirit is convincing people of sin. Our part is to help them get in contact with God.

God is at work, getting in contact with people. He is actively using time, space and circumstances to provoke them to ‘seek him and perhaps reach out for him and find him’ (Acts 17:27). As people become aware of their limitations and needs, they are more inclined to seek God. Sometimes it takes a catastrophe for God to get a person’s attention. I know of people whose health, marriage, work, and financial security were all put at risk before they considered God.

People are aware of the vacuum, but don’t know where to look. Because they can no longer think straight, and are a long way off in their understanding of God, they try hedonism, materialism, and all varieties of religion. Do we recognise the divine search in all of this? I heard recently of a minister’s wife who met a lady that practised Zen Buddhism. ‘Oh, so you’re looking for God!’ she said. ‘We have groups of people doing that. Come along and see.’ The mystified but attracted lady agreed. What would have been our attitude? Would we have launched into a defence of the gospel and the dangers of Buddhism, and ‘won a battle but lost the war’?

God wants to use our presence to communicate that Jesus Christ is the ‘answer’ these people are looking for. This means being is far more important than talking, and looking at the Bible and praying in the context of the relationship is the means. I know someone who was available to be on the spot with their unbelieving friend during a devastating situation. Without knowing it, he was communicating love, acceptance, and the belief that God was able to handle their crisis. Where people can see believers relating together in loving concern, the impact is even greater.

We live in a society of people who are unwilling to make commitments. Demonstrating commitment to a friend who is struggling over believing in Christ can demonstrate God’s committed love for them. This means that when a person has understood the gospel but is unwilling to respond,the relationship is not polarised, and we can continue to keep on sharing. Provided they are willing to keep on learning, we can ‘disciple’ them. When they finally give their lives to Christ, they will have made a very mature decision.

Once, in Europe, I was meeting with the members of a disciple-making team. As I was working through an interpreter, it wasn’t until after the second day that I was courageous enough to ask the leader about the salvation of one of the team. ‘Oh, no, he’s not in the kingdom yet, but he is honestly responding to what he is learning so far,’ the leader said. About six months later, this young man finally yielded his life to Christ, and became a convinced disciple in one day.

Are Australians harder to reach than before? Perhaps many of them are, but there may be many others who would like to know about the God who is closer than they or we think. 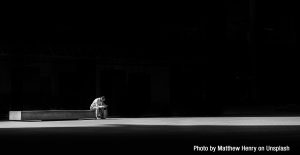 Born to Reproduce – A Story by Tony McLennan