Home » Latest » Get To Know – Ian and Helen McIntosh

After ten years of providing counselling and training, and being on the Leadership Team among other things, with the US Navigators, Ian and Helen McIntosh have decided to return to Australia. With open arms, we welcomed them back and took the opportunity to catch up on what they are doing now. They provide us some great insight into their previous and current roles. 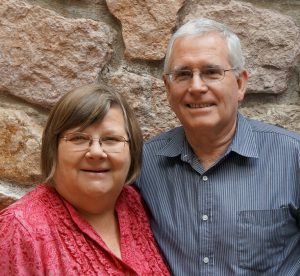 What was your role in the US Navigators?

We were invited by the US Navigators “People Resources Team” [PRT] to come and be a part of their team. For me as a Counselor, with my particular skill set, it was to provide personal, marriage and family counselling, help in the running of a variety of training workshops, and give supervision and basic counselor training to PRT counselling staff. I was also in the Leadership Team. Another part of my job became helping with staff selection for US and overseas missionaries and the running of the Restoration Program for staff who had suffered significant moral failures.

Helen became part of the PRT Administration Team who looked after conference and workshop logistics as well as every day support services. She, however, did far more than that in terms of lifting overall morale and serving people. The big joke was that when people came out of my office looking like they had been crying, she would give him a big hug to encourage them, which they loved.

Why did you decide to return at this point in time?

After ten years, we felt our time was up. We initially committed to a five-year term and then extended for another five. Our family and the Australian Navigator leadership were saying that we had been away long enough and that it was time to return. We had great peace about that although it was hard to leave good friends. 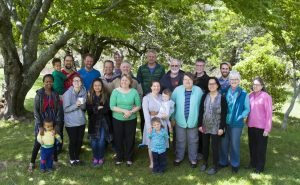 Ian and Helen during a retreat with the Australian Navigators.

What are your roles now?

My role in the Australian Navigators is Director of Staff Care. This is to look after the Australian staff through counselling, pastoral care, running appropriate workshops, and conducting a Restoration Process for any staff or missionaries who get into significant moral or marital difficulties.

Helen’s major role is in supporting me administratively, coming alongside to help in running workshops and ministering to the women. Along with this, she is a wonderful grandma to 16 grandchildren and a huge support to our family generally.

Why do you think God has called you to these roles?

God called me, very clearly, to this significant role. The Lord has impressed on my heart some very clear promises over the years: Genesis 22:17-18, that He would bless and multiply me through spiritual generations; and Isaiah 61:1-3, a messianic passage which is one for us today — “The Lord has anointed me to preach good news to the poor. He has sent me to bind up the brokenhearted, to proclaim freedom for the captives and release from darkness for the prisoner.” My mission statement is: “To bring help, hope, and healing to people so they can maximise their contribution for the kingdom of God.” The Lord has gifted me as a counselor and has given me an unquenchable passion for this. I have come from a medical social work background and re-tooled in the early ’90s with a professional counsellor qualification. This background has run in parallel with ministry involvement with Navigators since I became a Christian in 1970 and moved on as Staff in 1978. We have seen and been involved in the ups and downs of ministry which has fueled my passion to “help the labourers keep labouring” (Matthew 9:37-38) even through the hardest of situations. Along with this gifting and passion has come the affirmation of others that have received help or watched on. We, along with two other couples, established Staff Care in the Australian Navigators, which was recognised and affirmed in 2000. We were invited by the US Navigators to join the US People Resources Team in 2009 after we had spent eight months working with the team previously. When we talked to our National Leadership Team and our family, both were highly affirming of our making this move to minister in the US, so as we prayed, re-examined the promises God had already given us from His Word, sought godly council, and looked at our circumstances, we had a great peace in responding positively to this specific calling.

Why do you think your roles are important?

I think this role of Staff Care and Development is vital for any missionary organisation. Our staff are uniquely called by God to this ministry of multiplying disciples and labourers for the harvest fields of the world. Satan and our humanity make sure that there are many obstacles and discouragements put in the way of fulfilling His calling for us. Anything Helen and I can do to “keep the labourers labouring,“ I believe, is vital for helping to fulfill the Great Commission (Matthew 28:18-20). It’s often said that 90% of missionaries leave the mission field, either in their own country or internationally, because of personal discouragement or conflict with their fellow missionaries. I think this is where God has called us to ”stand in the breach,” so as to be helpful to minimise this fallout. This is our stewardship and passion. To quote one person: “I was struggling with PTSD. Ian helped me to identify over 60 traumatic incidents that I had experienced and walked me through a process that liberated me from the effects of these nasty things that happened to me. I have new freedom and joy knowing that in Christ I’m not in bondage to the past. God used Ian’s insight, professionalism, care and patience to bring resolution and wholeness to my inner person.”

Over the years, and particularly in the US, I have been able, by God’s grace, to help many people find freedom, come to greater wholeness in Christ, and help them figure out their best ministry fit. I have also worked with many couples and teams, both in the Navigators and other Mission organisations to help people reconcile from major rifts in their relationships, some having been at odds for more than 20 years. It has been wonderful to see marriages healed, people freed from past sexual abuse, pornography, bullying, depression, anxiety, and numerous other issues. To see labourers who have had major moral falls restored by God‘s grace and re-engaged in the mission of multiplying labourers, and having an increased zeal and longing for the Lord and their family, after having undergone several years of restoration.

Now back in Australia, I continue to counsel and support a number of US Navigator field staff, leaders and adult children of Navigator staff, even though our focus has moved to our Australian staff. Our passion remains as great as ever for the stewardship of the precious people God has given to labour with us, and to help keep them on the front line of disciple-making. Nurturing Those In Our Community