posted by Bruce Clarke WebAdmin on November 3rd, 2020 in Culture

For just as each of us has one body with many members, and these members do not all have the same function, so in Christ we, though many, form one body, and each member belongs to all the others. Rom 12:4,5

I was recently learning to play the song “You are Beautiful” by James Blunt. I had only heard the song in the background but attracted by the feel of the chorus. In starting to learn the song I considered the words more deeply and was a little shocked. It is an obsessive imagining of the song writer towards someone he has no personal connection with but just briefly observes. While on the surface it looks like a compliment to this unknown person, it is really about the song-writers feelings. Apparently over the last 60 years songs have changed from singing about mutual feeling to singing primarily about the feelings of the singer giving a strong sense of alienation from the other. This observation is evidence of the more recent cultural change we have experienced. Beginning in about 1960 our Western Culture entered the Age of Authenticity or Expressive Individualism. This is the view that each one of us has their own way of realising our humanity and that we must express it rather than conform to models imposed by others (especially institutions).

Prior to 1960 it was usual for someone to discover who they were and what their purpose was by looking outside of oneself to the communities in which they occupied. But since then there has been a significant change of perspective and to find oneself people looked internally to discover the true self. To be authentic you now look inside yourself and then live according to what you discovered. It is important to express ones self-discovered identity to the outside world, often through what you purchase. According to this approach, no-one can question my identity even when it is patently absurd. For example, a person can declare their gender, even when all the physical evidence contradicts their self-defined position.

This self-determined identity can only be achieved if we are buffered from the communities we unintentionally belong to. We like to be seen to be unique and promote this uniqueness by purchasing goods that express out individuality. In choosing these goods it has to feel like you are making a choice. The only problem is these acquired goods are purchased by millions of other “unique” individuals. But this buffering means weak community connections to groups that are diverse in their make-up. Online superficial community provides a distracting relief from the underlying solitude. In addition, we struggle with having any strong connections to a large “organisation” for fear that they will exert an influence over us that will undermine my independence.

Where faith exists, it is largely regarded as individual, self-defined and non-conformist. So then we have an explosion of belief options. There are literally millions of simplistic faiths that people have self-determined which have only small variations from each other.  Robert Bellah helpfully identifies the type of faith prevalent in this culture by reference to a Sheila Larson who was a young nurse who describes her faith as “Sheilaism.”

“I believe in God,” Sheila says. “I am not a religious fanatic. I can’t remember the last time I went to church. My faith has carried me a long way. It’s Sheilaism. Just my own little voice.” “It’s just try to love yourself and be gentle with yourself. You know, I guess, take care of each other. I think God would want us to take care of each other.”

Like many others, Sheila would be willing to endorse few more specific points. It is not based on anything other than a vague perception of caring for self and other people. She would be u 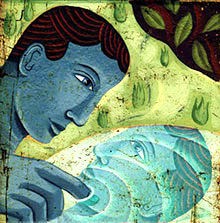 nlikely to talk about this faith unless specifically asked because religion is now regarded as a private matter. And Shelia would not be open to any significant conversation around her religious views because they have been derived internally. This reference to the internal source can shut down any spiritual conversation.

Of the many aspects of expressive individualism, two we can consider concerns our inability to connect deeply with others in community and our distrust of organisations. Sin caused many things including the fragmenting and stratification of relationships and the friction between nations, but Christ’s redemption brings the potential and power for the restoration (Gal 3:28). Much of the teaching of the NT concerns community life. While our lifestyle can give us many reasons why we choose not to deeply connect with others in community, we still must ask ourselves if our attitude is simply that of our culture and because of this we are unwilling to have these deeper connections. Even within a Christian organisation, it is possible to focus primarily on the great task before us and never foster these relationships. With this individualistic attitude we can disciple people into individualism by making everything about them and not extending their perspective to an outward connection to God and to others. We also may foster a negative attitude to organisations, such as churches or even the Navigators because of our unquestioned cultural assumptions. Let the act of meditating on the Scriptures genuinely speak to our heart attitude and practices. Determine some discipleship practices that will foster the connection to God and to others. Returning to music as an example, one aspect you may consider is the worship music you choose as there is certainly more individualism present in recent songs.

“Each man is forever thrown back on himself alone, and there is danger that he may be shut up in the solitude of his own heart.” Tocqueville

Question to Ponder: What are some discipleship practices that you can employ that will help mitigate individualism?

The Road to Freedom: Western Culture 9