Home » Latest » Beyond the Age of Reason: Western Culture 5

Beyond the Age of Reason: Western Culture 5

posted by Bruce Clarke WebAdmin on October 27th, 2020 in Culture

“For My thoughts are not your thoughts,

Nor are your ways My ways,” declares the Lord.

“For as the heavens are higher than the earth,

So are My ways higher than your ways

And My thoughts than your thoughts”.

Western culture has made a sharp distinction between “facts”, which are believed to be universally held and openly discussed in public, and “values”, which are personal choices and to be kept private.  Building on the classical Greek elements that resurfaced in the Renaissance and re-enforced by modern science, beliefs were subject to critical and sceptical analysis. The rise of this humanist tradition meant we looked to nature using reason and conscience to determine truth.

The golden age of reason was in the 18th and 19th centuries impelled by the success of the scientific method and the rejection of religious dogma. It was thought that science would bring about utopia on earth. Autonomous reason, rejecting any external divine inspiration, became the dominant public argument and scientific proof the measure of truth. Things that could be measured became the focus. Since the concept of human flourishing was increasingly seen in terms of mutual economic benefit, which was measurable, this became increasingly important. No reference to God or spiritual forces or eternity were valid in public discussion. Moral issues had to be addressed by appeal to what was considered to be universal human principles – these were actually originally taken from Christ but their source was now ignored.

Reason was being increasingly used by Christians in an attempt to justify the existence of God but since such reasoning was largely based on the scientific method, Christians were never going to win the argument – we had submitted ourselves to a human-based scientific approach to determining the existence of God. Dealing with the problem of evil became a large defensive issue for Christians even though this problem is very much present (albeit in a different form) in the secular position. The modern age of reason influenced Christian teaching with some liberals de-spiritualising the Scriptures and dismissal miracles. Logical propositional teaching became the major form of instruction, the sermon the highpoint of church. There was more emphasis placed on the mind. Of course, reason is entirely appropriate (e.g. Acts 17:2-4) but it is not the only approach (1 Corinthians 1:18-31). We should be cautiously aware of the influence of secular autonomous reason so that we can be open to additional approaches. It is clear our current culture has moved beyond the age of reason. The world wars eroded the utopian vision and many ordinary people who were not considered “experts” were left with a feeling of disempowerment. In combination with the rise of individualism, there is a waning in reason even in public discussion.  Reason will continue to play an important role in the future but we should be aware that many people will not be so inclined to propositional logic. The Navigators, with a focus on University students and professionals, display a more reason-based approach. Traditionally the Navigators were very practical in discipleship, but I wonder if this has been reduced. Perhaps this has been due to a concern about legalism, but our approach can bear a striking resemblance to our individualistic culture. This is something worthy of further consideration but for now we ask: Are we correctly integrating the cerebral with other aspects of discipleship? Does a logical argument cut it with the general population or are there additional means that we need to employ? Additional approaches to reason that we could take including the use of stories, images, and practical personal and community actions. Each of these deserves more attention but the key point is to consider using a range of approaches in our discipleship. The parables of Jesus are an example of an approach using more than propositional logic. When Nathan confronted David over his wicked behaviour, he used a story (2 Sam 12). Some of the early Gospel messages in Acts were in the form of a historical story in which people could locate themselves. The Greeks loved their philosophical discussions but sometimes the message must simply be about Christ crucified (1Cor 1:22,23).

Perhaps our discipleship has more recently been focused on reason, using logical propositional arguments from the Scriptures and there has been reduced emphasis on practical actions. While this was partly due to a concern about legalism, it is also important to recognise that this stance is perfectly aligned with our individualistic mind-centred culture which must at least flag the possibility of cultural influence. The belief that changing a person’s mind will change behaviour is not the entire story as the reverse is also true. Indeed, the application of Scripture is a loving response to God (Jn 14:21) and the outworking of our faith (James 1:22). Rom 12:1,2 combines right thinking and godly actions (presenting us as living sacrifices). A simple step to build application is to recommend smaller, shorter term, measurable, triggered, specific actions.

The world with its wisdom was unable to recognize God in terms of his own wisdom.
So God decided to use the nonsense of the Good News we speak to save those who believe. 1 Cor 1:21

Question to Ponder: Consider how you may develop your story telling ability in evangelism and discipleship. In your discipleship, can you place more emphasis on the practical application of Scriptures? 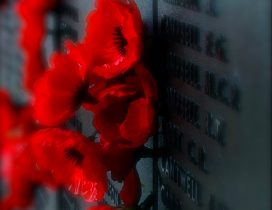